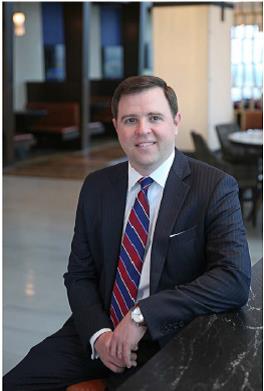 In addition to his political service to the County, Chris is very active across the Charlotte community. He serves on the boards of the Charlotte Chamber of Commerce, Charlotte Family Housing, and Myers Park United Methodist Church. Chris has also served in past leadership roles as COO for the Bank of America Charlotte Chamber Campaign team, Charlotte Chamber Young Professionals Chair, Vice-Chair, and board member, and on the board of CoreNet Carolinas. Most recently, Chris chaired his church’s Rise Against Hunger campaign where church members fed over 50,000 people in need each year.

Professionally, Chris recently joined CBI | Workplace Solutions as its Senior Vice President of Strategic Initiatives. His work focuses on mergers and acquisitions, process excellence and operational leadership. Previously, Chris worked at Bank of America where he served in numerous leadership roles since joining the Bank in 2009. In his most recent role as Senior Vice President of Simplify and Improve, Chris oversaw the financial and operational components of a $3B technology investment portfolio to help drive innovation and good expense management. Additional roles included leadership responsibilities in Procurement Services, Third Party Management and Corporate Workplace. One of his most passionate roles, Chris led a team focused on global operational resiliency across more than 100MM square feet of real estate and 30 corporate services. In his role, Chris oversaw over 1,100 disaster events that impacted facility operations and service delivery in every country where Bank of America operates. Notable response efforts included facility-related planning and response for the 2012 Republican National Convention in Tampa, the 2012 Democratic National Convention in Charlotte and the 2011 NATO Summit in Chicago.

Chris received his Juris Doctor and Masters in Business Administration in 2009 from the University of South Carolina School of Law and Darla Moore School of Business, respectively. He received his Bachelor of Arts in 2004 from Hampden-Sydney College with a double major in History and Religion. Chris also holds his LEED certification, his Masters in Corporate Real Estate designation and a Six Sigma Green Belt. In 2018 Chris was named to Charlotte Business Journal’s 40 Under 40 and the Business Journal’s National 100 List for Rising Stars in Business.

Chris and his wife, Savannah, live in Cotswold with their two wonderful dogs (Sydney and Henry).