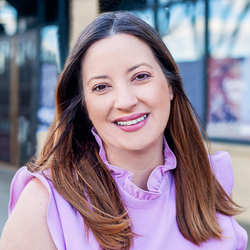 Sarah serves on the 9th and 12th Congressional district executive committee as well as is serving on her seventh year on the North Carolina Republican Party’s Executive Committee. She has been a delegate and alternate delegate to the Republican National Convention and a delegate to the national conventions of the College Republicans, Young Republicans and National Federation of Republican Women, where she served as a keynote speaker in 2017. She was especially proud to bring the largest delegation of under-40 delegates from any state as the chair of the Kentucky YRs to the 2008 RNC in Minneapolis and to grow the organization’s membership by 400% in her first year as chair. She has been awarded the William O. Cowger Award for outstanding services during campaigns from the Jefferson County Republican Party (KY), was a 2019 NCGOP Hall of Fame nominee, is a 2020 North Carolina Federation of Republican Women "Woman of Distinction" and is a past Kentucky Young Republicans Woman of the Year. She has been active in her local Republican parties in Kentucky, North Carolina, Oklahoma and Virginia since she was 17 years old.

Her public service includes the White House’s Office of Presidential Correspondence, the Office of the Governor of Kentucky, the Louisville Metro Council and with the Board of Elections. She previously consulted on local, statewide and federal races, specializing in media and crisis communications. Her campaign experience includes serving as the National Director of Scheduling for the Jon Huntsman for President campaign and as the first female campaign manager for a gubernatorial race in Kentucky.

She is the honorary national president of Children of the American Revolution, where she saw the organization’s first net gain in membership in 7 years as its membership chair and then quadrupled that net gain and doubled its fundraising the next year as national president. She currently serves as the organization’s senior public relations advisor, including assisting with continuity, development and long range planning. She is a 4th generation Daughter of the American Revolution and is a member of the General Society of Mayflower Descendants. She served as her student body’s president in college at the age of 19.

She relocated to Charlotte in 2015. After several years of overseeing the marketing and communications for several national nonprofits, she recently returned to the communications and public affairs world. She currently oversees the marketing for a national commercial manufacturing company with roots in the Carolinas. She holds a degree in political science from The George Washington University in Washington, DC.

In her spare time, Sarah enjoys cooking, traveling, hiking, watching college football and exploring the Queen City with her husband, Chris, the head men’s and women’s golf coach at Pfeiffer University. They reside on Mountain Island Lake and have opened their home for Republican events over a dozen times in the past 5 years, as well as housing summer interns and numerous campaign volunteers. She and Chris are proud foster parents and active advocates for foster care reform.